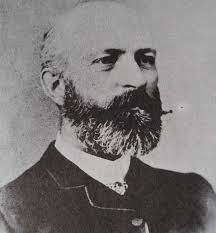 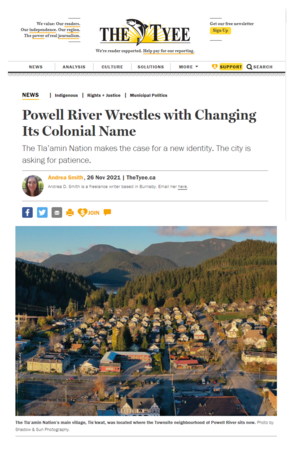 As residents of Powell River examine the legacy of their town's namesake, we were honoured to provide a research report about Israel Powell for the Tla’amin Nation. An overview of the Tla’amin Nation’s ongoing work and our report was highlighted in "Powell River Wrestles with Changing Its Colonial Name," an article for The Tyee by Andrea Smith. You can read Andrea's full article, which provides a summary of Powell's life and the ongoing conversations about his legacy, here.

Who was Isreal Powell?

Israel Wood Powell’s career with the Department of Indian Affairs was characterized by his advocacy of assimilationist policies designed to “civilize” the First Nations of British Columbia and create what he viewed as economically productive citizens. While Powell’s work at times aligned with the interests of Indigenous groups, namely in the defense of larger reserve sizes, his support for increased surveillance over First Nations, the creation of residential schools, and banning traditional practices often worked against Indigenous communities in the province by limiting their personal and communal freedoms.

In his 17-year tenure as Superintendent of Indian Affairs for British Columbia, Powell drove these harmful policies forward through his reports to Ottawa and correspondence with federal and provincial lawmakers. He believed these policies were to the benefit of First Nations, but his work and legacy were ultimately part of a system whose primary goal was to extinguish Indigenous culture and identity.