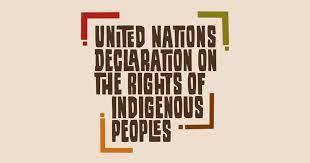 Indigenous peoples have the right to determine their own identity or membership in accordance with their customs and traditions. UNDRIP, Article 33[i]

With identity issues at top of mind, we need a better understanding of Indigenous peoples’ struggles to define themselves against the colonial state, as they work to regain control over lists and laws that determine belonging.

While early relationships between Europeans and First Nations were largely based on trade and military alliances, following the war of 1812, former allies like the Six Nations of the Iroquois Confederacy or Anishinaabeg were increasingly displaced by colonists’ demand for land. At the same time, Europeans intensified efforts to “save” (that is, eliminate) Indigenous peoples, using negotiation, manipulation, and force to compel them to adopt the new colonial state’s cultural, spiritual, social, and economic practices. The government began to interfere more systematically with First Nations, using the law to shape what came next.

By the mid 19th century, the colonial government sought to control who was “Indian”—who had rights, who got resources, and who was excluded. The 1850 Act for the better protection of the lands and property of the Indians in Lower Canada, was the first law in Canada to define “Indians”:

First.—All persons of Indian blood, reputed to belong to the particular Body or Tribe of Indians interested in such lands, and their descendants.

Secondly.—All persons intermarried to any such Indians and residing amongst them, and the descendants of all such persons.

Thirdly.—All persons residing among such Indians, whose parents on either side were or are Indians of such Body or Tribe, or entitled to be considered as such; and

Fourthly—All persons adopted in infancy by any such Indians, and residing in the Village or upon the lands of such Body or Tribe of Indians, and their descendants.[ii]

What’s more, this strange overarching category of “Indian” ignored and erased fundamental differences between First Nations in their laws, beliefs, languages, and lands.

From the outset, a colonial official, the Indian Agent, interpreted and enforced the definition, deciding who was on lists and under the control of the Indian Act. Those included could live on reserve and collect rights/benefits. Those excluded were to be assimilated. The Indian Agent could exclude men who chose to vote, own property, or gain professional or educational achievements, as well as others. By 1869, women who married non-Indians and their children were excluded; women who married outside of their community were designated to their husband’s band, as were their children. Kinship and matrilineal connections were broken. People who lost status lost direct ties within the community, as individuals and families were required to leave.

In 1951, An Act respecting Indians consolidated the lists. A central Indian Registry was created to track all Status Indians, and a Registrar controlled whether individuals were added or removed from the central registry. While the 1951 Act removed some constraints previously imposed upon First Nations people, further rules were introduced to control and constrain the list. For example, entrenching rules about women’s status being entirely dependent on their husband’s, and excluding “illegitimate” children of non-status men and “Indian” women.[iii]

First Nations continued to demand recognition of their right to decide issues of identity. In 1985, Bill C-31 passed, which included Section 10, providing First Nations with the ability to opt into some control over membership codes and rules, pending approval of band members and the Minister of Crown-Indigenous Relations. Others were automatically considered Section 11 bands, which meant the Indian Registrar continued to maintain the lists and designate band members. By 1995, modern treaties or self-government agreements with Canada encouraged Indigenous control of membership, with limitations, such as Crown oversight.

Serious issues remain while Canadian law continues to govern belonging. While inclusion criteria has expanded, designated resources have not necessarily grown. Some, like the Mohawk Council of Kahnawà:ke, maintain their own strict criteria. While Canada sees Kahnawà:ke as a Section 11 band, this does not align with the reality of the Kanien’kehá:Ka of Kahnawà:Ke Law that governs membership.[iv] According to the Kahnawà:ke , decisions around membership and belonging are their own to make—if Canada takes issue with that, it’s up to Canada to resolve its laws. As Chief Kahsennenhawe Sky-Deer explains, “I don't think Canada can make Mohawks. How this gets to be reconciled [with the Indian Act] is beyond me… if they can pass through our criteria, then we'll welcome them into the community, but if not, well, you made them Indians.”[v]

Canada’s persistent attempts to control membership, whether through simplistic and patriarchal definitions or expanded inclusion criteria and federal oversight, continues to be problematic. Belonging and identity are as nuanced now as 200 years ago. It seems unlikely that Canadian laws created to limit or eliminate Indigenous people could be properly modified to define inclusion. Rules around identity and belonging should be made by Indigenous peoples. 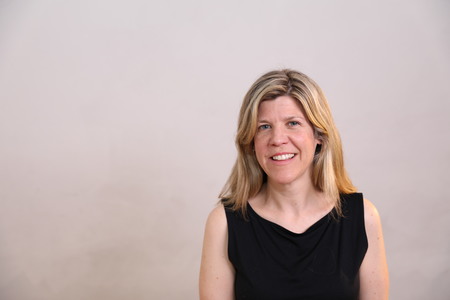 BIO: Elina Hill is the Director of Registries at Know History. She oversees Know History registry projects, working with Indigenous clients to customize systems to best support rights assertion and programs. An experienced project manager, Elina develops standard operating procedures and best practices for citizen and harvester registries and manages registry teams. Elina has worked with Indigenous organizations from across Canada to research and write about traditional knowledge, land use, reserve creation, and more.