As the founder of Canada's largest historical research firm, I am often greeted with amazement that, one, my company exists, and two, we have more than 60 trained historians working for us. The first question people ask is, “Who are your clients—government?” Yes, sometimes. At other times, they’re individuals, museums, documentarians, and we even had a playwright hire us once. But most of our work comes from Indigenous Nations. 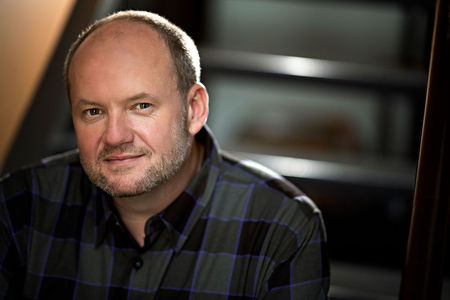 Indigenous Nations still fight for their rights within a colonial system. The courts and legal standards are not designed, or inclusive, of Indigenous world views. And despite movement towards improving these institutions, we are still a long way off. Until then, Indigenous people too must rely on the colonial record to prove what they already know.

That’s when they often turn to hiring historians. What we excel at is using the colonial record to support an Indigenous Nations’ struggles to correct the historical narrative. Historians are typically trained in a very particular set of skills. Over time we gain experience with different archival collections, reading old handwriting, understanding how the census was taken, or the intricacies of government filing structures. We have become efficient at collecting large amounts of data and organizing that data so that we can make sense of it. Our expertise is complimented by that of our teams and networks, and our ability to touch base with a vast array of experts who can further identify little known collections or—if we’re lucky—direct us to the single piece of evidence that can change a case. But much of the time, the most valuable skills we bring to the table are contextual. Pulling together contributing threads of an event—the politics, the geography, the economic conditions, and the social history—and weaving them together to not only form a picture of the past, but also explain contexts beyond a treaty commissioner’s report or governor’s letter.

Through the process of colonization, the government has left an extensive record of the state’s viewpoint and interactions with Indigenous people. But this is not a wholistic history. The way history has been recorded, and our national narrative developed, is another tool of colonization that has deeply harmed Indigenous people. By controlling the narrative and making Indigenous people out to be “wild,” “savage,” and “in need of saving,” historians have neglected Indigenous perspectives on history—their rich traditions, cultures, political systems, and economic relations. Too many national stories highlight Indigenous “savagery” through detailed accounts like the “Bloody Falls Massacre” and “Frog Lake Massacre.”

These imagined stories have now been reinterpreted from Indigenous viewpoints, and the term “massacre” no longer applies. Still, more recent events in Canada’s history point to a violent clash between government “peacemakers” and “troublesome” Indigenous people. Look at the “OKA Crisis,” characterized in our national memory by the image of a Canadian soldier at a stand-off with a Mohawk warrior. Most Canadians don’t know that the term Warrior—as my friend Taiaiake Alfred (himself a Mohawk Warrior from Kahnawà:ke) has explained to me—is a translation from the Mohawk term Rotinskenrakeh’te: “they carry the burden of peace.” The narrative created and perpetuated by Canada tells us the Canadian government is the peacemaker—not Indigenous people. It’s a narrative that needs to be corrected if settlers truly want reconciliation. Canada is not the idealized peacemaker—so different from our conquering cousins to the south. As Paulette Regan points out in Unsettling the Settler Within, Canada has not historically been the “neutral arbitrators of British Law and justice, Christian messengers of the peaceable kingdom—who collaborated together in various ways to negotiate treaties and implement Indian Policy….”  Instead, Canada’s history is one of violence and colonization that attempted the genocide of Indigenous people in Canada. 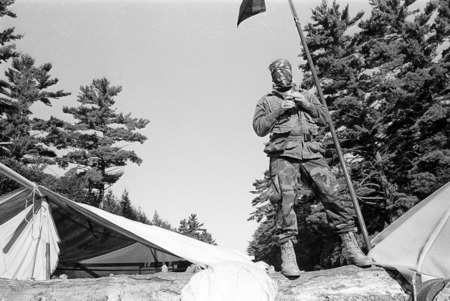 A warrior standing on top of barricade at Kanestatake.

That genocide is finally being recognized through media, but only because of the identification of more than 5000 unmarked graves of children. Great amounts of money will be invested, although not enough, to search school properties with ground penetrating radar—and more graves will be discovered. Historians will work alongside community members to collect stories from places where children were killed and buried, and investigate archives to identify old plans, correspondence, and photographs that may provide more information about sites. Historians will identify files, gain access to them, and then respectfully pass along the needed information to the Nations whose children were lost. This work is already underway, by the National Centre for Truth and Reconciliation and Indigenous Nations across the country.